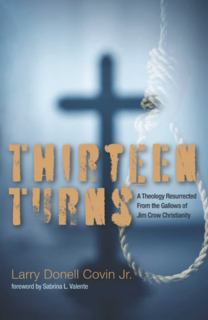 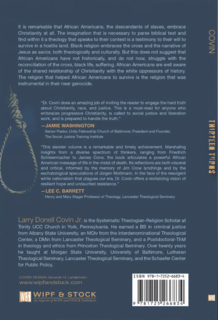 Thirteen Turns: A Theology Resurrected From the Gallows of Jim Crow Christianity is a response of hope for those who have been victimized by the weaponization of Christianity, either to marginalize persons of color through the legitimizing and sanctioning of Jim Crow, the denial of human rights to Central American refugees at the United States border, or the conflation of Nationalism and American Exceptionalism with Christianity. Each chapter of Thirteen Turns identifies and elucidates the insidious corrupting nature of co-opted Christianity, when it has been instrumentalized to serve nefarious ends.

Thirteen Turns in the literal sense is the number of coils used to construct a hangman’s noose. In the United States during the Jim Crow era, the hangman’s noose was the ever present symbol of terror and death used for lynching, by some counts as many as five thousand people. Often, Christianity and its religious leaders, either tacitly and in many cases overtly, sanctioned lynching to enforce vigilante mob violence against African Americans.

The chapters of Thirteen Turns were researched and written at Princeton Theological Seminary, as part of a postdoctoral ThM research project in Theology and Ethics.

What does Thirteen Turns have to offer marginalized people in Baltimore, Staten Island, Ferguson, Sanford, Cleveland, and cities around the United States which devalue black and brown lives? An uncovered, reclaimed history of theological hope and resistance, hope and resistance, which sustained generations of Africans, as well as Africans in the diaspora, descents of all “shithole” countries, through lynching and American domestic terrorism. It offers insights gained through extensive research that stands ready to inform all engaged in justice work on multiple fronts.

Thirteen Turns: A Theology Resurrected From the Gallows of Jim Crow Christianity is a book concerned with liberation and public theology, however, it is a book for anyone interested in social justice. The research introduced within the pages of Thirteen Turns is useful for its sociological value, and will inform those who are students of race relations and justice advocates as well. As such, this book is equally appropriate for the college and university student, seminarian, race reconciliation programs, the local church, as well as those seeking to better understand the intersection of theology, race, and justice in America.

This webpage is dedicated to the memory of Mary Turner. May we never forget the events of May 16, 1918.